Google and the new menu bar

I read Ted Patrick today talking about Google Making Him Think and I laughed. As a programmer, there are lots of reasons to change an application and an interface. Change is good right?

So I get home and go check my Google analytics for the week. Oddly enough, my normal pattern of getting inside Google Analytics does not work. Why? Because the new menu bar has a generic listing of Google services, not the list I used to get. There once was a link to 'My Services' or something like that. It is no longer.

To underscore Ted's point further, I can't even remember the name of the link. I just have muscle memory of clicking in the top left hand corner, selecting the correct link and then clicking Analytics.

This was such an ingrained habit, I didn't even know how to get to the Google Analytic page without searching GOOGLE for it.

To round this out, when I get to the Analytics page, it is asking me for my password. It never did that before.

So while change can be good, I think Google blew it on this round. I want my Insta-Login Analytics link back.

Ok Apple, are you taunting me?

I wrote a while ago about getting a reprieve from Apple. I was really on the fence to upgrade (read: replace) my older PowerBook with a new 13" MacBook. Once Tiger was delayed, all bets were off, however.

After not thinking about it for a month or so, I find the following deals on Amazon:

And also this one:

So if I am about to make a mistake, please let me know but I think I am leaning towards the cheaper model.

P.S. There is a black model with another 40GB increase in HD space, bringing the total to 160. All other specs seem equal however, and the price increase is $200. As 'cool' as Apple is, I don't know where they get that 40GB is worth $200. Maybe I should send them a link to pricewatch?

What I want to know is:

P.P.S - Anyone suggesting I "get a Dell with Vista on it" (This means you T.J.) will be shot

I might be the last person to know about this but I thought I would blog it anyways.

I wrote a post about Flex 360 - yesterday and copy/pasted some of the speaker information from another blog. Oddly enough, when I viewed the post, there were little squares in place of some of the characters. Since I had work to do, I dismissed it as an oddity.

An hour later, when my post hadn't shown on MXNA yet, I looked into it further. Apparently, the little squares caused the RSS format to be invalid and MXNA didn't pick up my posting. Even after I manually pinged it!.

I now dub the squares "The Square Of Death". All Hail Valid RSS

The price of First Class mail went up to 41 cents today. In comparison of the previous price of 39 cents, this is a meager 5% increase. I do not begrudge the Post Office their fees. The mail almost always is delivered promptly and accurately. I am happy to pay 2 cents more.

The part that annoys me is I currently hold ~80 .39 stamps which are no longer valid. Sure I can make another trip to the post office and get a roll of 2 cent stamps. Of course, I now have to keep track of 2 different sets of stamps and REMEMBER to put one of each on each envelope. The remembering is more than a two cent aggravation in my book.

Whaddya say Postmaster General? Can I trade in the Old for the New?

Consider this post an online petition. If I get enough signatures below, I'll print it and send it to John E. Potter Post Master General

I am no politico, please understand. I am writing about New Jersey Governor John Corzine who was recently involved in a high speed traffic accident.

The accident occurred when Mr. Corzine's driver, a New Jersey State Trooper. lost control of the State Owned SUV at 90 MPH. Mr. Corzine, seated in the front, was not wearing his seat belt and suffered terrible injury as would be expected in such a crash. Why am I blogging about this you may ask?

John Corzine has announced he will pay for his own medical bills resulting from the accident, rather than use the State Health Care benefits. Certainly his bills will be over the several hundred thousand dollar level and it is a very honest, responsible move for him to make. Choosing to pay out of his own pocket rather than push the costs on the State Health Care system, the same system that provides and pays for Health Care for Meter Readers, Sanitation workers and others is a very humane move. I, for one applaud his sense of personal responsibility. Still, that isn't what prompted me to write this post.

I read in the paper just today that John Corzine requested to be written a $48 dollar ticket for not wearing his seatbelt while in the front seat of a motor vehicle. He promptly received his ticket and paid it.

I know very little about his politics or his past accomplishments. I do know that few other politicians would have the backbone and the integrity to make these decisions. There were many, many ways of handling your circumstances Mr. Corzine, You chose the most honorable and my proverbial hat is off to you!

In Honor of Virginia Tech

Having problems with laying out tables?

When laying out fixed width tables you might notice Firefox and Internet Explorer do not agree even when you specify a fixed with for each column. This can cause havoc when creating cross browser pixel perfect reports. The good news is, it is easily remedied. 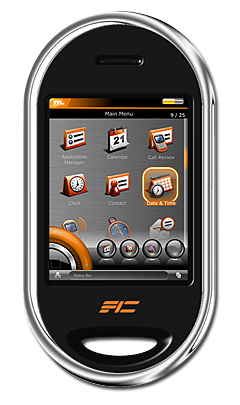 Verizon is one of the major providers of wireless Broadband. The Verizon EVDO product is one of the fastest services available in North America. One can imagine the many uses for such a service.

Marketed as an "unlimited" service, the limited nature of the service has surfaced. Advertising is a laughably deceptive industry, so much that a common joke is " How can you tell an advertiser is lying? Because his lips are moving.

I do have a problem with this practice. If a service is billed as unlimited, then by all means, it should be without limits.

This article isn't to protest the misuse of the marketing-speak term "unlimited" in the context of advertising. In the wise words of a popular "As Seen On TV" host, "Wait, there is more!"

The terms of the Verizon EVDO service state the following:

What sticks in my craw is the presumption of using prohibited services SOLELY based on the bandwidth used. We, in America, have a long tradition of "Innocent until proven guilty" which the Verizon terms certainly subvert since any monthly use of <5GB transfer is indicative of pirating movies, songs or something similar.

So not only is "Unlimited" service, in fact, limited, but if you use more than an arbitrary 5GB/mo, you are presumed to be a Thief of copyrighted materials. Does anyone else find this trend annoying?

Enough with the Mac posts already....

Please stop raving about your Mac computers. I have an older Mac Book (600mhz) running 10.4 and I like it just fine. Since it is an older computer, I don't use it much.

I have two other laptops (Wintel) and I am perfectly happy with them. I can't use more than two computers at a time so there is no logical REASON to purchase another notebook.

So I implore, no, I BEG you, for the love of my checkbook, stop taunting me with your Mac anecdotes or I'll be forced to purchase one. (I have my eye on the 13" for travel purposes. I've been as close as pressing the order button before my rational side regained control. It is very stressful).