More than you wanted to know about Flex and 360Flex

I recently interviewed John Wilker. We talked about a variety of topics, his long ColdFusion career. His migration to Flex, His migration to Conference Co-Superstar... Snoop Dogg even gets a mention somewhere in there.

We even go behind the scenes at the 360Conferences series and hear some of the funnier things that go on in producing a top-notch technical conference. Even though he is busy preparing for the 360|Flex conference in San Jose, CA (August 18 - 20). John made time to talk with us. John is really fun to talk to and makes for a great interviewee. Listen to the John Wilker CFConversations Interview and let us know what you think.

While on a recent trip to NYC, I ran across a very large TV screen in Times Square. This thing was enormous, easily 40 foot square, if memory serves me right. At the bottom, I noticed a sign that made me proud, Powered By Adobe Flash 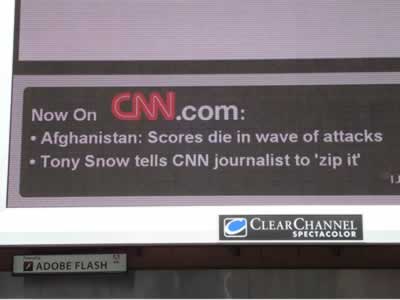 How do I make a distance traveled Maps (yahoo/google) feature

I've been asked to make a feature that works with one of the popular map APIs. This feature would take a Start Point, End Point and a distance value and would generate a map showing the progress from the Start Point to the End Point.

For example, if the Start Point was Seattle, the End Point was Chicago and the distance value was 1000 miles, the map API would be used to create a map showing both Seattle and Chicago, with a line about 1/3rd of the way there.

Ideally, the mapping API used would be a publically available API available without cost. Seems easy, right? I'm not sure where to start. I would appreciate all input at this stage.

Michal Glowacki, I wrote a review of a preso on Cairngorm he did at NYFlex, contacted me to let me know his group released a new Flex based application that manages expenses. This has got to be one of the hottest looking Flex applications I have seen. Have a look at http://www.iexpenseonline.com/. Using this free application, you can manage your budget, track expenses, check out your personal financial position and also work towards self-established goals.

The application is really easy to use and takes care to provide good feedback to the user. The data is visualized using some sweet Flex charts and this application is a great tool to help you stay on the financial straight and narrow.

Michal told me this was a cairngorm application, no surprise since he is an expert Cairngorm developer. I tried to view source on the app but alas, no luck. (Michal, if you are kind enough to show me how you make this application work so well, I would be much obliged.)

So have a look at http://www.iexpenseonline.com/. Let me know what you think. 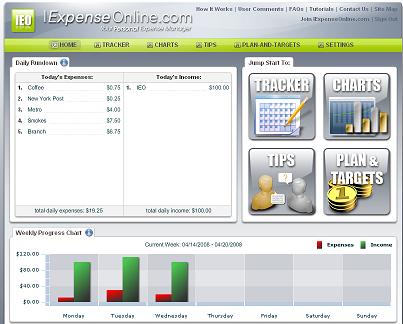 Listen to 7 CF geeks talk about Flex and AIR

The first installment of the ColdFusion Round Table was released today. A ColdFusion Round Table is a collection of Motley ColdFusion geeks talking about the relevant issues of the day. I was a participant along with Sean Corfield, Peter J. Farrell, Brian Meloche, Terrence Ryan, Brian Swartzfager, Matt Woodward. This round table focused mostly on the recent release of Flex and AIR and we covered quite a bit in an hour and fifteen minutes.

Being on a podcast is pretty cool. Matt and Peter made it very comfortable and easy for us all to participate. Once I got over the "Do I really sound like that in real life?" bit, I felt fine.

I'm pretty amped on Flex and AIR. Really, platforms like this will drive the next wave of application development. Web applications that remain HTML+CSS based will begin to look more dated in the next few years and there will be much resources and energy expended to upfit applications with the latest in features and branding. As I mentioned, this is a very exciting time to be an application developer and now, more than previous, it is important to update your skills. There are no hungry Flex developers right now :).

Anyways, the finished podcast product turned out rather well. Give it a listen and tell me what you think.

Meet The Man Who Set Twitter Free Of The Browser

I interviewed Aaron West for DZone.com recently. Aaron is a long time ColdFusion, Flash and Flex developer. Aaron is the author of twitterAIR, the first Twitter/RIA integration based on the Adobe Integrated Runtime platform and he has a host of community contributions and accolades to his credit. In this interview, we get to know Aaron, find out how and why he built twitterAIR and hear his thoughts on the direction of Rich Internet Applications.

Give it a read at the RIA Zone

On the first day of 360|Flex Atlanta 2008, I presented my hands on session titled "Building an XML Reader in Flex" to a packed room. During the 4.5 hour session, we built a working application that pulled remote data and displayed it using charts and tables. The session was geared towards walking newcomers through building their first Flex application.

I really had a lot of fun during the session. The plan was a little ambitious, walking 35+ people through completing the Surfing Stats application but due to a stroke of luck, Michael Labriola graciously volunteered to play Teachers Assistant and assist course attendees while I kept us moving. It felt a little strange, almost like having Jimi Hendrix offer to tune my guitar and I was grateful for the help. Thanks to Michael for selfishly volunteering! (my offer to carry your backpack for you stands. Just say the word.) We finished the session on time and with a working application.

Through it all, we walked through basic Flex concepts, from MXML syntax to ActionScript functions, from Remote HTTP Calls, to Custom Components. Each concept was layered into the final application. The attendees were also given a copy of the fully working application to poke through on their own time.

I hope everyone left the course having learned something new. I know I did. :)

On CSS, HTML and Boiling Frogs

I've just released an article at the RIA Zone titled CSS3: A solution for applications, or are we the boiling frogs?. The article is about CSS and HTML for applications and begins like this:

To be true, the HTML + CSS isn't truly the problem, the problem lies in inconsistent rendering by the clients (browsers). However, a large part of my job is making sure an application works, not debating with users which browser renders 'correctly'.

When building an HTML + CSS based application, there will be some unanticipated time required to track down and hack around a strange edge case or rendering bug . The time spent to track down the source of the error, which by the way only happens in IE version 6.0.23234234 and in Firefox 2.098435 and not Firefox 2.102309, is lost time. I've even spent 8 or 9 hours tracking down the source of a CSS related problem, googling around, reading blogs to find a solution and then testing all the various browsers using various user interaction permutations to verify the fix didn't break another client implementation. While spending this time was necessary for the success of the application, I would have preferred to spend that time towards building another useful feature for the users.

The article is a lot longer. Give it a read and let me know if I am off base.

Thanks to Adobe and Ben Forta, I am the proud owner of a fancy Flip video camera. I've been tasked with recording 10 segments from the community answering the questions: 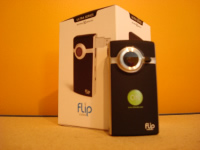 Since I'll be at 360|Flex next week, finding 10 people to share will be easy. Come on over and let's hear your answers to these questions. Support your favorite platform!

On Feb. 5th, 2008 I'll be giving a Hands On Flex Training session to members of the Triangle User Experience (Flex User Group). This will be the first time I've had a run through of the Surfing Stats course I'll be presenting at 360|Flex Atlanta.

The training will last about 2.5 hours. We've capped the audience at 40, a number which is about what I expect at the 360|Flex Atlanta conference. Of course I'll have to trim a little off the course to account for a shorter time period. The attendees will learn a lot and get to build a working Flex application before they leave for the night. I'll also include the full application so the more enterprising ones can dissect it at their leisure.

There might still be space available. If you would like to attend, fill out the registration form on the Triangle User Experience website. If there is enough demand, we'll probably hold another one once the smoke from the 360|Flex conference clears.

Thanks goes to Adrian Pomilio for managing and coordinating the Triangles First Flex User group.